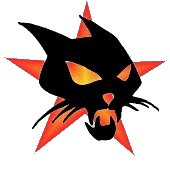 Prisons in Greece. Stories of Shame and Horror.

1 August, 2010 - After good morning, take of your underwear, sit down, turn around, bend, cough, the ultimate humiliation.
Prisoner D. Proestos describes how they search for the smuggling of drugs into Greek prisons.
Shame and horror ...He first went to prison in 1984, came out in 1994 and returned in 1995, where he has been held until now with a life sentence. Overall, this man has served nine years in the diciplinary section: "Diciplinary, pissed dirty mattress, you don't eat, you don't get to drink water, no smoking. They have you in a concrete cage, handcuffed", he recalls."They tore out my soul" Diavata Prison. Thessaloniki. There "I was tied up in the diciplinary for six weeks. I got beat up a lot. I pissed and I shat on the mattress I slept on. It was so bad I got sick with hepatitis.
Sergeant Mitsios and Director Eftihidou, after they had severely beaten me, I remember them begging me to leave the diciplinary cell and go to the Infection hospital in Thessaloniki, so I don't die."For Proestos there are incidents that have "torn" his soul, as he says. "Extreme events only with some staff are in my mind and occurred where there was no "third eye"... solitary cells, dungeons, tie-downs, cross, torture and humiliation "...Another prisoner, G. Makis, reveals: "Faced with eight members of the prison staff I had been asked to lean over and cough (naked). Irefused to because I felt that my dignity was being insulted and undermined. Based on the penal code it's any inmate's right to refuse anything that lowers and undermines his dignity. " Small print for some ...Many are the letters we've received from prisoners in prisons all over the country. Human stories scattered on four sheets of paper ith a blue pen.
People who for whatever reason were sentenced and today are in custody. But it seems that the blaming stops with the sound of the prison door opening.
Then there is no blaming but on the prisoner. And when the balance is not kept, given that many social services are broken down, the game becomes dangerous and he comes back seeking revenge on society itself. So this is why the issue of prisons should concern us all. Several of our prisoners complain that even the benefit of wages provided is only "to serve some particular balance within the prison."Indeed, in some cases, the internal mechanism of each prison goes beyond even the power of the appropriate ministry. "The Secretariat of the prison affects even the Appeal Council in the manner that they present the cases and all this creates a strange and often lawless behaviour and relationship," he says. It seems that even a transfer to a prison farm is considered a "buyable benefit". Literally an impossible dream for some. While most prisons are overcrowded, there are prison farms that are 'empty' and could accept prisoners."And this situation continues because no Minister of Justice until now, even if he has the will - which is rare - has had the power to go against the establishment of prisons" says a prisoner, whose data is available to the newspaper.
translated by boubourAs for Actforfreedomnow... 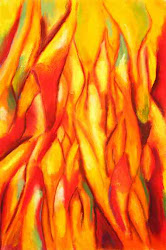 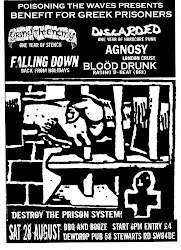 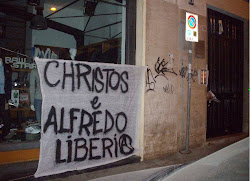 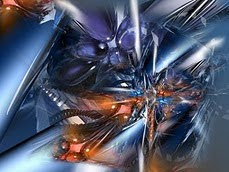